0 In the beginning… an architect’s viewpoint

Phil Helmn recently met with golf course architect Tom Mackenzie to get a little insight into what goes on in the world of architecture, as well as also wanting to understand better what makes the man himself tick. 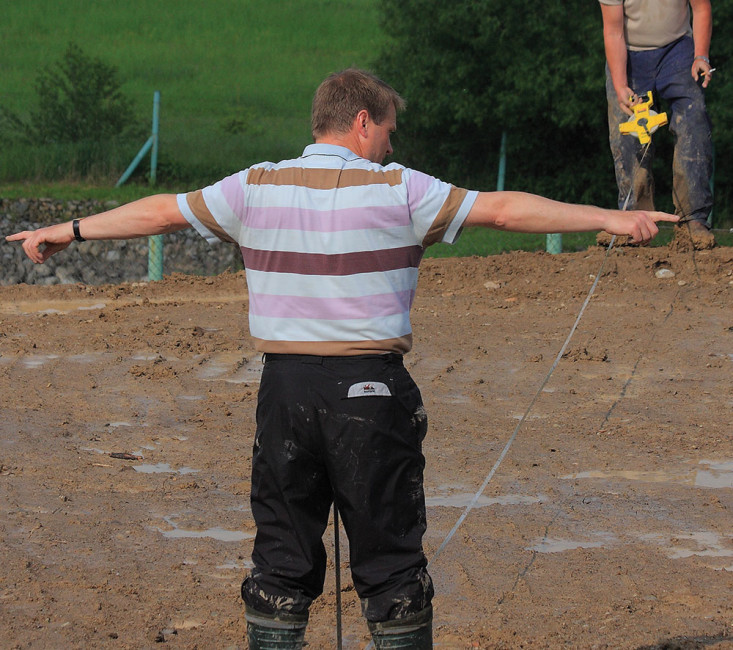 Recently, I had the chance to catch up with a good friend of mine, Tom Mackenzie the golf architect. I say chance, because as we all know at this time of year, for us greenkeepers and groundsmen, it's always an extremely busy time. But spare a thought for the golf architect, they must zoom, not only up and down the country, but occasionally must jump on an aeroplane (or boat) to apply their trade. So, as you can see, to get the opportunity for us both to get the time to catch up was a major diary achievement!

I confess, I have known Tom for close to thirty years, right back to the days when he was first starting out as the understudy to the highly respected golf course architect Donald Steel, following his graduation from Heriot-Watt University in 1989. It's worth noting here Tom held a category one handicap whilst on the university golf team, which he explained has helped him over the years gain a greater insight into the playability of his designs.

Tom explained, "I achieved my dream start, working for Donald in my career of choice. At the same time, I also, as part of my apprenticeship, caddied on the European Tour for a full season. It was a year where I learnt a great deal about professional golf and course strategy. The highlight for me was caddying in the Open Championship at St. Andrews in 1984. I gained further invaluable experience working as a greenkeeper at Royal Dornoch Golf Club which has helped me in appreciating a wide range of opinions about the designs I create. I now play at West Sussex and too infrequently at Royal Dornoch. I am also a member and Past-President of the European Institute of Golf Course Architects." 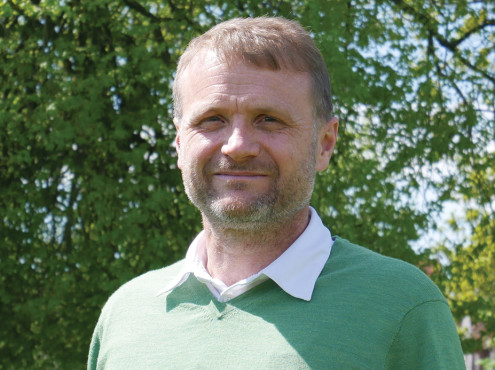 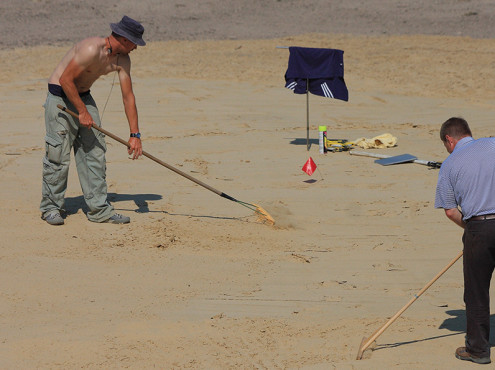 In our interview, I wanted to get a little insight into what goes on in the world of architecture, as well as also wanting to understand better what makes the man himself tick, so to speak. How so? I hear some ask, if he's been a mate of yours for such a long time, you must know everything about him. Well, not so really, I've never really asked those work ethic related questions, so I was quite keen to learn after all these years what his work involved and share with you all.

Now it wouldn't be fair of me to just mention Tom at this stage. Tom's business partner, Martin Ebert, has collaborated with Tom since the early Donald Steel days for fifteen years and together formed the Mackenzie and Ebert partnership in 2005. Between them, they have over fifty years of experience in the field of golf course architecture, working not only on new courses but also advising the acknowledged classics.

The primary inspiration for Tom's career is shared with perhaps the greatest golf architect of them all, Donald Ross. They both spent their formative golfing years in Dornoch, whose magnificent greens and subtleties left an indelible impression.

Tom's love for links golf has continued to grow and is highly influential in his approach to design. This passion for golf, plus a lifelong interest in landscapes, led to a degree in Landscape Architecture, a subject that offered the perfect foundation for a golf course architect.

This love of the landscape and deep appreciation of links golf combine in his designs to create courses that sit comfortably in their setting, and which offer a wealth of shot-making permutations, particularly around the greens. His natural philosophy is that the best golf courses make the most of the site's existing features and work with the landform, a belief that he shares with Martin Ebert. He feels that too many modern courses lack soul because the land has been bulldozed into submission.

"I've always been terribly sympathetic to the landscape," explained Tom, "I've felt this for a very long time, and it annoys me when golf course designs aren't practical; where the result of the design is out of place, virtually unaffordable or unmanageable. In essence, the architect's ego has got in the way of common sense!" Tom told me how lucky he had felt earlier this year to spend some time with his brother who has some work out in San Francisco. "I was able to tour a lot of the golf courses in the area, where the average greenkeeping team was 25," reminisced Tom. "Interestingly, the average bunkering number was around 125 per course!" 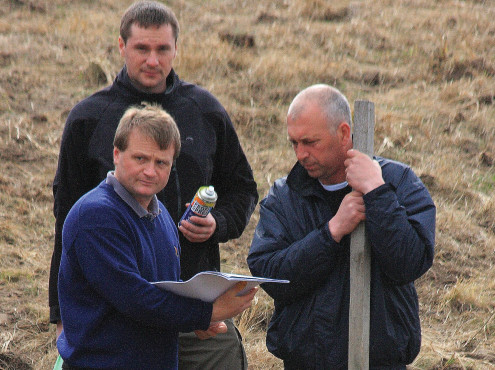 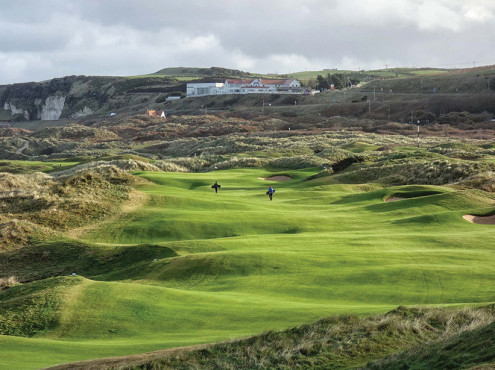 Left: You can never have too much line marker! Right: Course review exercise at Royal Portrush

We all know, as any greenkeeper will testify, bunker maintenance has an enormous impact on his/her budget. Tom went on, "it rammed home to me then, that what we (as architects) design has a lasting legacy on costs and, as a result, if we are not mindful, makes our courses only the rich can afford to build, and only the rich can afford to play on them! That's not something that sits comfortably with me at all."

Tom explained, a motto he keeps at the forefront of his mind comes from a well-known American golf writer, Bradley Klein, who once wrote 'golf course architecture is about what happens when the ball hits the ground'. In other words, we have no influence on the ball in the air, but as soon as it hits the turf we do. Tom passionately believes that greenkeepers and architects need to be aligned in the final product (the ground). "I've always believed that greenkeepers and architects must be in tune with each other and by working closely together great golf courses are created, thus creating a virtuous circle of success. We all are finding the best way to remove water and then to put it back on. Well-conditioned courses do that and poor ones do not. It starts with the architect and continues with the greenkeeping staff," he explained.

Tom and I chatted more on this fundamental element when designing a golf course - that basic principle of 'water on - water off'. What that means is paying meticulous attention to the detail around drainage and irrigation (water on - water off)! Tom concluded, "If the architect gets this wrong, it can be almost impossible for a greenkeeper to present the course at its best."

It's worth mentioning, that, of course, none of this can happen without landowners and developers making that initial call into the golf architect's office. Tom explained that when the call comes in, there is a raft of questions that need to be asked and understood before even the initial site visit.

The top questions are: 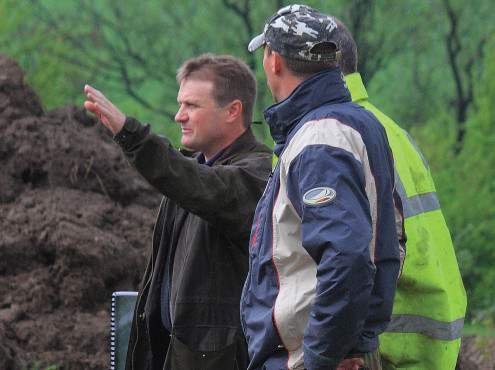 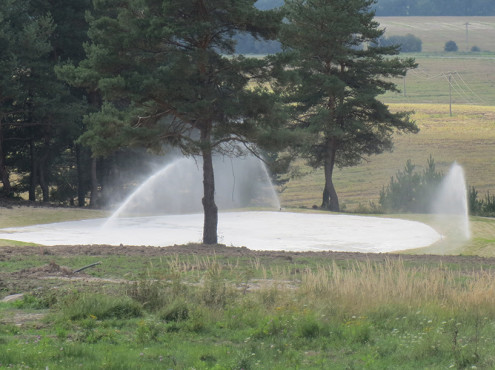 Sustainability is an increasingly important factor when designing, building and maintaining a golf course and it is the architect's job to understand all these factors at the outset of the project. Tom explained, "When we begin dialogue with the authorities, the planners are acutely aware of the impact construction can have on the land. Disruption must be understood so that the project can run smoothly with minimum effect on the environment. Sustainability, in all its forms (material sourcing/construction operations/wildlife habitats to name but a few) must be researched and implemented so that the project can be successfully delivered, but not at the expense of the local environment."

We're all budding architects, aren't we? Oh, wouldn't a green look great here or there? Obviously, it's not that simple; there are lots of technical data which are required before even pen hits paper. I've been taught that a routing plan begins with finding great green positions! Of course, we work extremely hard to help clubs align their golf course so that everyone can enjoy the game. I know the slope rating of a golf course and stroke indexing helps, but the role of the architect is to design a golf course which is enjoyable for the elite player and the beginner alike whilst playing the same course. If you think about it, there aren't many sports in which this happens (e.g., downhill skiing has black, blue, red runs and a nursery slope depending on ability). There is a myriad of design techniques to help stimulate and give mental (not just physical) enjoyment such as, obviously, forward tees, elevated tees, bail out areas, varying angles of fairway lines and staggered bunkering to test every level of golfer.

Reshaping of the 9th green at Royal Liverpool

It was a great pleasure catching up with Tom again and getting an insight into his world. Like he says, with a smile, everyone thinks they've got a bit of golf architecture in them, but there's so much more to be considered when designing a great golf course. I guess, a little like us groundsmen and greenkeepers, there's always someone out there who could maintain our hallowed turf better than us; if you have a back garden lawn, why couldn't they? Thanks Tom!