by Football Foundation
in Football and Synthetics
on 15 Apr 2019 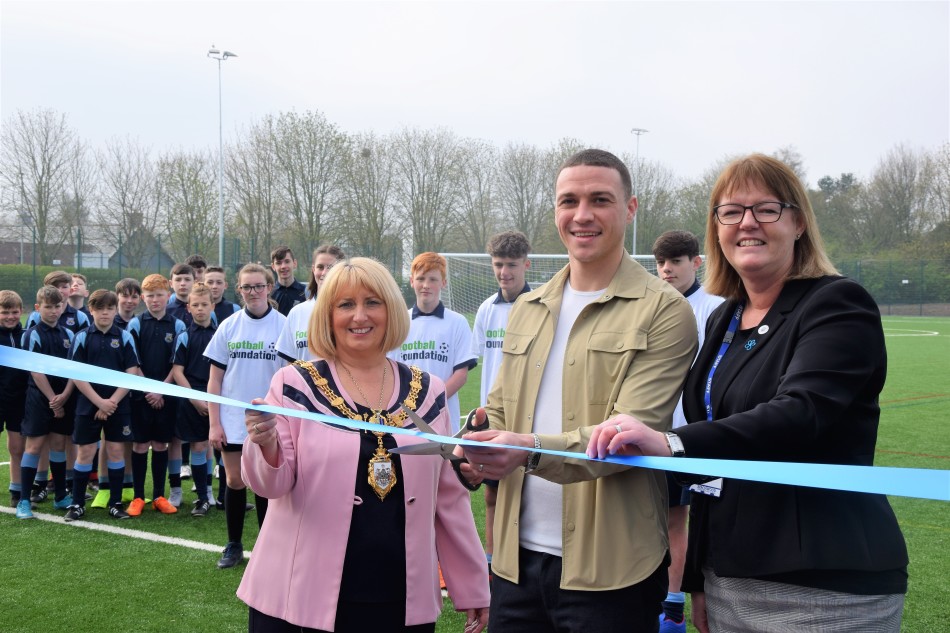 The refurbished full-size pitch was made possible thanks to investment from the Premier League, The FA and Government, through their charity, the Football Foundation.

After netting a £367,235 grant from the Football Foundation, the refurbishment of the pitch began in December 2018. Birchwood Community High School also contributed £90,000 from school funds to make the project possible.

The existing floodlit all-weather pitch was installed in 2010, but due to on-going quality issues was rapidly deteriorating, which led to its closure for community use in Spring 2017.

The closure of the original pitch in 2017 forced partner clubs Birchwood Juniors FC (BJFC) and Woolston Rovers FC (WRFC) to move sites for matches and training. BJFC moved to council run pitches at Birchwood Forest Park, whilst WRFC were forced to split across two local sites.

With the refurbishment of the pitch, both clubs can now return home, providing them with a site to train, play matches and facilitate their growth in youth, Mini-Soccer and open-age players, with an emphasis on mixed and girls' football. Liverpool County FA focused on girls' participation as a key area of growth at the site and the formation of six new teams over the next five years will support this with an additional 125 players.

The new pitch will also provide students at Birchwood Community High School with a first-class playing surface for use throughout the school day in PE lessons, for school sports teams and extracurricular clubs.

Bournemouth AFC and Wales winger David Brooks and Bristol City midfielder Josh Brownhill both also attended the school and will act as inspiration for the next generation of footballers in the community.

Moira Bryan, Headteacher at Birchwood Community High School, said: "We are absolutely delighted that through support from the Premier League, The FA and Government we are able to open our new 3G pitch. Our young people in school, the local community and grassroots sport in Warrington will all be able to benefit greatly from this facility."

Paul Thorogood, Chief Executive of the Football Foundation, said: "The support of the Premier League, The FA and government enables the Football Foundation to help improve community sports facilities like this one across the country. Their funding has played a key role in delivering this refurbished all-weather pitch in Liverpool and I am delighted for everyone associated with Birchwood Community High School.

"This is one example we want to make people in Liverpool aware of, that they have the kind of quality pitches and changing rooms that are taken for granted in other counties. We will continue to support projects nationwide, but we cannot do this on our own, so we are encouraging organisations in the area to join our movement to deliver quality football facilities for people in Liverpool once and for all.