by Georgie Scott
in Machinery & Mechanics, Local Authority, and Parks
on 28 Apr 2017 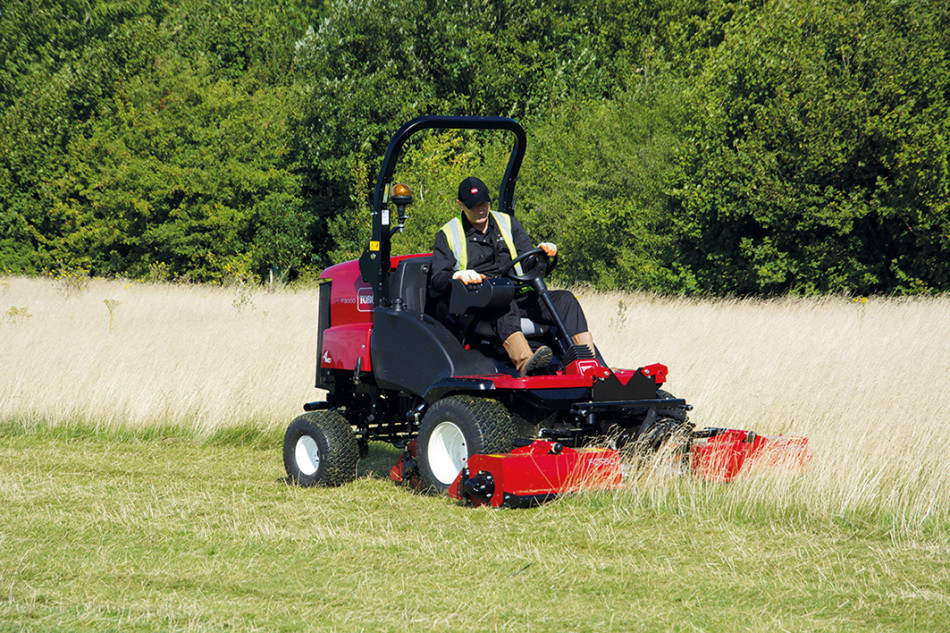 With research reporting widespread budget cuts, Reesink Turfcare looks at how to make that all-important budget go further without a drop in park appeal.

Edinburgh City Council has estimated that for every £1 spent on green infrastructure around £12 of social, economic and environmental benefits are delivered through the community use of parks and green spaces. So with that kind of return on investment, Danny Lake, regional grounds manager at Reesink Turfcare, looks here at what groundsmen can do to ensure green land is maintained in the most efficient and cost effective way.

"The pressure to implement further cuts means that investment in good machinery is imperative for long term plans," says Danny. "Traditionally lots of councils would use triple cylinder mowers, which provide the best cut and after-cut appearance, but can only cope with grass that is cut quite frequently - difficult during the spring and autumn growth. Councils are now cutting verges, parks and recreational areas less often in order to make savings and this has meant that many are moving to rotary mowers, which can cope with longer grass, less frequent cuts and are cheaper to maintain. This has partly solved the problem, but the finish a rotary mower leaves isn't always aesthetically pleasing and can cause extra clean up work around paths where grass clippings and debris are left."

The solution to the problem is to consider a triple flail mower such as the Toro LT-F3000, which mimics the size, cutting width and manoeuvrability of a traditional triple cylinder mower. The flail cutting heads are able to cut long and short grass, wet or dry, and leave a much better after-cut appearance than a rotary mower.

Danny continues: "Customers can be a little nervous of investing in the unknown such as a flail instead of a traditional cylinder or rotary mower, which goes against a purchasing decision they've been making for years. But the technology around today and tough field testing means perceptions are starting to change and councils and contractors are seeing this as a viable solution for solving a lot of the mowing issues these budget constraints and less frequent mowing cycles create."

Another savvy way to save money is for owners of the LT-F3000 to invest in the interchangeable cylinder attachment which gives the front-facing triple mower the capability to cut two ways: tougher cutting with the flail or finer with the cylinder. This is very useful for contractors maintaining roadside verges and local parks or playing fields, for example.

Demonstrating how Toro's new product development programme reflects its customers' requirements and circumstances, Reesink Turfcare says the attachment will appeal to councils and landscape contractors looking for even more productivity and versatility.

The LT-F3000 offers a completely new cutting concept to triple mowing, giving users a chance to cut longer, wetter and coarser grass in one sweep. With lower operating costs and affordable replacement parts it provided the groundscare sector with the ideal machine to maximise productivity and cost effectiveness. This new attachment only serves to strengthen that position by adding value and giving the machine a dual purpose - one machine can now do the job of two - and a machine that was originally intended as a flail mower can now cut as a cylinder mower.

We all know the value parks and recreational places bring to our communities. From pre-school children to retired adults they bring a place to play and relax, encouraging physical exercise, promoting mental well-being and bringing people together. A Fields in Trust's survey in 2015 found nearly a quarter of respondents use their local park at least twice a week. Therefore, it's not hard to imagine the negative impact not having a useable outside space will have.