0 MM is the solution in Hertfordshire

In order to satisfy the needs of the members at Hertfordshire Golf and Country Club, course manager James Bonfield is using a range of Limagrain UK's MM grass seed mixtures to produce the best possible playing surfaces. Designed by Jack Niklaus II, the 6,266 yard course winds through ancient parkland, blending beautiful contours with trees and water to present an enticing challenge to golfers of all abilities. The club is under the Crown Golf umbrella, which boasts 23 prestigious venues around the UK.

James has been in his current role as course manager for eight years and claims that he has assembled the best team he has ever seen in all his years of greenkeeping. The team all play regularly on the stunning course in Hertfordshire, which James believes is essential as they need to understand the course from a player's perspective: "As a team, we are all very passionate about this place and are always striving to make improvements where we can," he says.

So, when James was not achieving his desired results from a previous grass seed he used, he decided to look for an alternative, as he explains.

"I had been using a different seed for a couple of years and it hadn't really worked out, so I met Richard Sheppard (amenity seed specialist for Limagrain UK) at BTME in Harrogate and we arranged an appointment for him to come in and see me.

"We walked around the 18 holes and looked at what I needed from a seed on various parts of the course. In particular we focussed on the fairways because at that time they were suffering after a season of very little rain and a lot of play. Richard suggested MM22 and MM25 - which was dependent on the position of the fairway as well as other factors such as acidity levels."

Limagrain's MM25 is an ideal mixture for the construction and renovation of sports pitches, whereas MM22 is great for divotting, repairing, overseeding and construction of tees, fairways and outfield areas that are subjected to high levels of wear. The course in Hertfordshire is divided by a road, of which, one half is old farmland so the soil is very rich and the other side being parkland tends to grow more efficiently. With both MM22 and MM25 at his disposal, James had the flexibility to apply the two mixtures where he felt most appropriate. 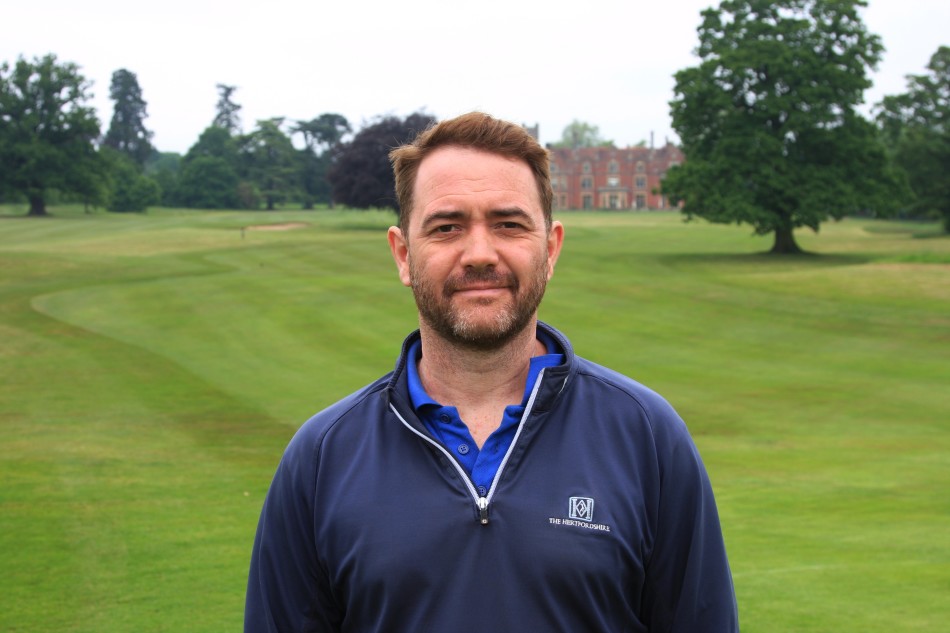 "The results have been most dramatic on the fairways because normally they don't do very well in the summer," he said. "We have limited irrigation which doesn't allow me to water fairways as often as I would like and we have an evaporation rate of about 30mm at the height of the summer - which has always been an issue. This year, however, the fescues came through incredibly fast on the 17th, the 3rd and the 5th which was amazing. It's provided me with really good results and they just look much healthier. They are better to present and the members have noticed a massive difference - they are really pleased."

James also relies on MM22 for his tees and uses a slightly higher application rate due to the complexity of them.

"We are trying to get as much seed as possible on the tees so we go as high as we can possibly go, maybe 20g per square metre depending on the location. For example, on our par 3's we have seed coming through to replenish what is going out. Our tees here are tiny (under a hectare of tees) and part of the Niklaus design is that they are all round, so you lose a bit of teeing space there as well. It can be a hindrance because you are up against it when you are trying to keep things looking as best they can. You don't want to stand on the tee and see divots everywhere. Therefore, we go quite high when overseeding with the MM22 and, again, we have seen great results."

Where it is difficult to maintain fescue in the sward or where levels of wear are greater, many greenkeepers and course managers choose MM9 - a three way browntop bent mixture, which James applies to his greens shortly after renovations in late September in order to get more bents into the surface.

Completing his range of MM products, he applies the all ryegrass mixture MM50 to his walk off areas "just to give them a bit of love towards the end of the season."

In reflecting on his use of the Limagrain products, James said: "From the MM seed mixtures 9, 22, 25 and 50 I have had the results that I wanted from each one of them - which is all I want. As a course manager you want to know that what you use is going to work because you don't want to waste money. I want to make sure that I get value for money and good results and with the MM range I feel that I am."

Pitchcare are an appointed distributor for Limagrain. Visit the Pitchcare Shop to view the full range