Partick Thistle have revealed they will not ground-share with any other club next season as they take steps to repair their battered pitch. 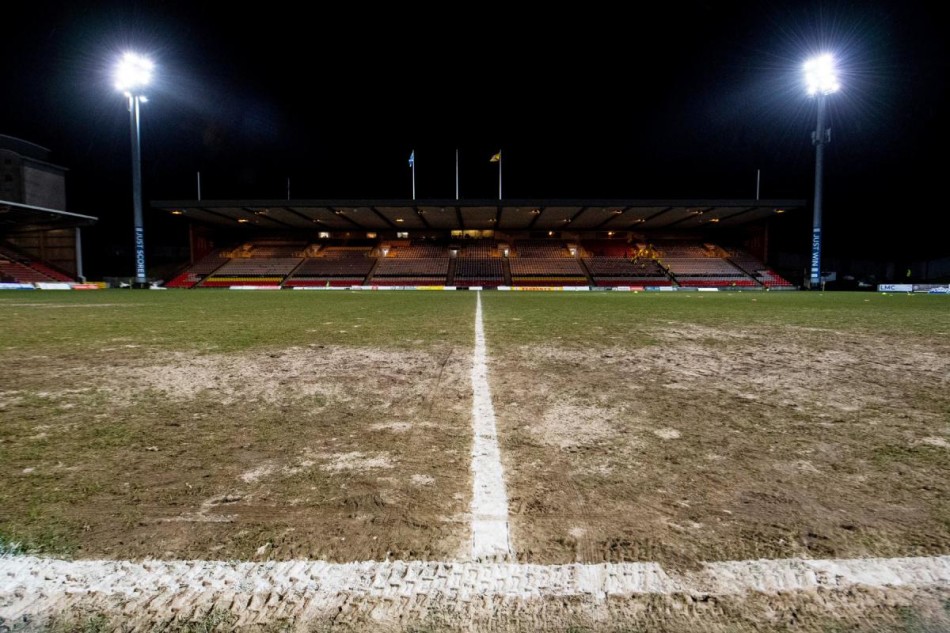 The Jags have asked for their two home ties in next term's Premier Sports Cup group stage to be scheduled as late as possible after planning a 'full renovation' of the rutted surface.

The Firhill outfit have shared their stadium with Queen's Park this term as the League One hopefuls have redeveloped their home at Lesser Hampden.

With multiple postponements over winter not helping, the weekly use has taken its toll on the pitch, which has been heavily criticised by oppositions teams - and Thistle's own players.

It was branded 'Sunday league' by Dundee United's Ian Harkes following the Tangerines' Scottish Cup victory in Maryhill in February, whilst Partick winger Scott Tiffoney confessed their home surface had been a 'factor' as their title push faltered.

However, they have now been forced to prepare for major remedial work once Ian McCall's side - who are expected to seal a promotion play-off place on Friday - have played their final home game.

A statement read: "Partick Thistle FC can confirm that a full renovation of the pitch at Firhill will take place at the end of the current season, commencing as soon as it fully concludes."

"To help accommodate this, we have requested that our two 2022/23 Premier Sports Cup home group matches this summer are scheduled as our final two group fixtures. We'd like to take this opportunity to thank head groundsman Allan Findlay and all his staff for their hard work all season and especially in recent months."

"The club can also confirm that there will be no ground-sharing agreement in place with any other club for the 2022/23 season."