by External source
in Renovations & New Builds, Stadium News, and Football
on 02 Jul 2020

Gers have ripped up the playing surface and relaid new turf ahead of the 2020/21 season.

But the Athletic say it could just be the beginning of a completely revamped arena.

They say chief groundsman, David Roxburgh, has created a 'masterplan' for the next pitch revamp which will be 'the first of its kind'.

The pitch at Ibrox is currently only semi-hybrid unlike Celtic Park and Tynecastle which are full hybrid pitches.

Reports claim the new work could see several thousand more seats added to the lower tiers by lowering the pitch as well as work to revamp the hospitality suites.

The Ibrox surface came under scrutiny last season after a match was called off against Livingston due to heavy rain and was criticised during a Europa League match. 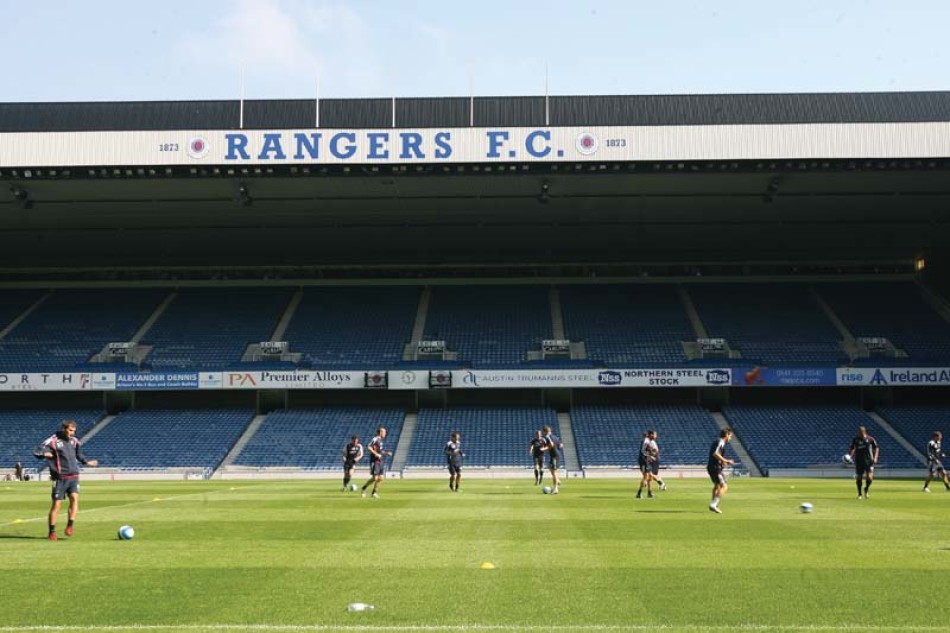 Speaking last summer, managing director Stewart Robertson admitted they were working with an outside consultancy firm to see if dropping the pitch in a bid to accommodate up to 6,000 extra seats at Ibrox was possible.

He said: "It's something we're looking at just now. We won't see anything as grand as another tier built on top of one of the existing stands.

"However, we are exploring ways we can add additional seating into the stadium. I don't see it being another 10,000, it would maybe be low thousands.

"There are feasibility works going on at this moment and we're probably two or three months away from knowing whether it will be possible or not."

You can read the full article from the Scottish Sun HERE