0 Remembering when the Baseball Ground resembled a mud bath instead of a football pitch?

Today's Premier League football pitches resemble carpets more than grass, with hardly a blade out of place even after 90 minutes of action. 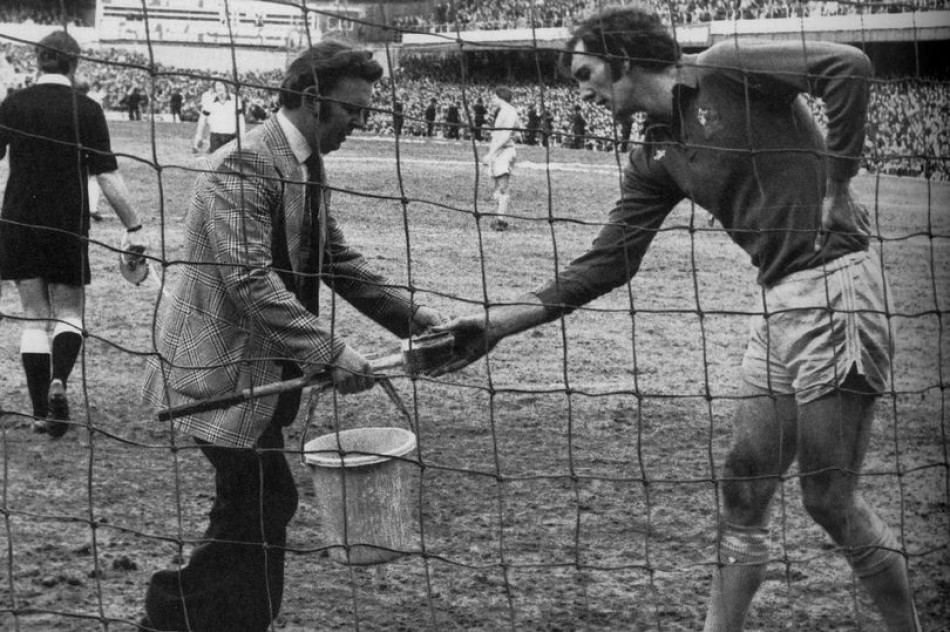 But it is not that long since football - even the top flight encounters - was played on pitches that would not have looked out of place on the Somme First World War battlefield!

In those days, footballers would have been better equipped for some matches wearing wellie boots rather than the super-expensive, sponsor-laden boots which they now wear for matches.

Bad weather was the scourge of groundsmen and they often had to think outside the (penalty) box to ensure a match did not fall victim to the vagaries of the weather.

And, despite their best efforts, some managers, Derby County legend Brian Clough among them, were known to get their groundsmen to deliberately create a muddy pitch by getting them to pour on water before a match - even if it was already soaked from rain.

Alan Birchenall, a player with the Rams' East Midlands rivals Leicester City, was once quoted as saying: "It would rain for four days and then Brian Clough would water it (the Baseball Ground pitch) before a game.

"The pitches were just rolled sand and mud and, come October, all you would see were four tufts of grass in each corner."

These great photographs from our archive show the sort of conditions faced by players before the introduction of the high-tech pitches we see today.

The image, top, shows the famous incident in April 1977 when Manchester City were visitors to the Baseball Ground.

One of the penalty spots had disappeared into the mud during the game and, after the Rams were awarded a penalty, referee John Yates called for BBG groundsman Bob Smith, a tape measure and some whitewash.

Bob is pictured being given a helping hand by City goalkeeper Joe Corrigan as Mr Yates marches off with the tape measure.

For the full article visit: www.derbytelegraph.co.uk