by Richard Gibson
in Cricket and Synthetics
on 30 Apr 2019

The ECB expect plastic pitches to be used in domestic Twenty20 action this season when the heavy World Cup scheduling takes its toll on the squares of the country's leading grounds. 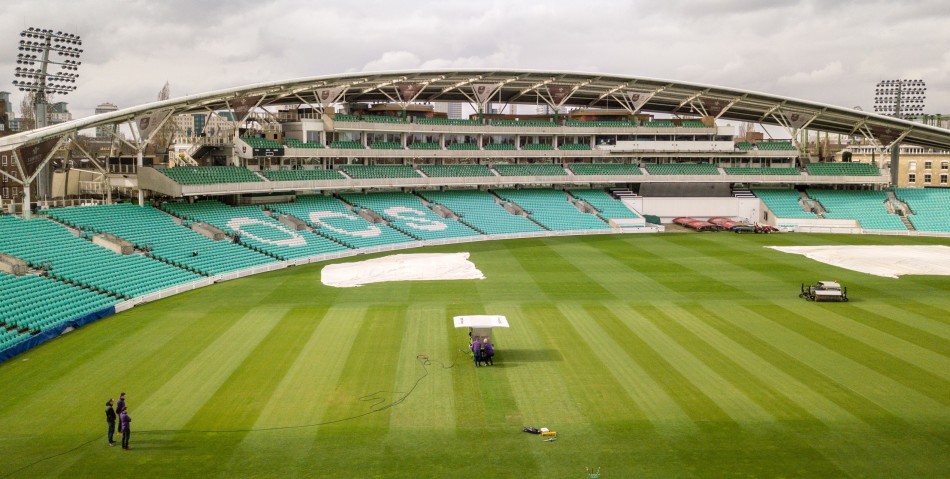 Artificial surfaces are yet to be used for professional matches in the UK but the ECB's cricket committee sanctioned reinforced grass pitches - woven with up to five per cent of a soft polyethylene yarn - for both the Royal London Cup and the Vitality Blast in 2019.

In order to use one of the new generation pitches, a club must notify both the ECB and their opposition of an intention to do so in reasonable time. With the midpoint of the 50-over competition's group stage being reached this Friday, it is not anticipated such a request will be forthcoming.

However, with so much cricket being played across the country this summer due to the hosting of the World Cup, that is likely to change when the T20 competition begins in the second half of July.

Ten counties have had the hybrid strips installed at their headquarters, with the Kia Oval housing as many as six on their square. Although the majority are located on the edges, and used chiefly as practice nets, several are in positions that would allow for boundaries in excess of the minimum regulation lengths.

In July, the ECB will carry out tests using Hawkeye technology to assess how such surfaces react to genuinely fast bowling and how much the ball deviates off the seam.

Reports since the ECB invested £12,000 on the first one at Loughborough three years ago suggest they provide excellent pace and carry, making them ideal for bat-dominated, limited-overs games but they have not been ticked up for first-class cricket as they do not deteriorate over time - a process that encourages different skill sets at the end of a game to the start, such as spin bowling.

It is their durability, in fact, that has made them so popular around the country - manufacturers SIS Pitches say one of their fibre-injected pitches can be used up to five times longer than a regular grass equivalent.

Their successful introduction would place less strain on a groundsman's primary pitches, and reduce the number of used surfaces being prepared at the end of the season. It has been mooted that they could feature in the new eight-team Hundred competition from 2020.

Chris Wood, the ECB's pitch consultant, began the process of looking for quality carpet pitches in 2013 due to concerns about 'wear-and-tear' caused by an increasing volume of matches. He had already rejected a couple of 'astroturf' prototypes when he witnessed how the goalmouths at Tottenham's former home of White Hart Lane were repaired.

In those areas, finer fibres were injected than in the rest of the pitch, sparking a belief that a similar process could be used across 22 yards for cricket.

Leicestershire and Somerset have both explored the idea of introducing artificial outfields over recent seasons, in a bid to hire out their grounds when dormant in winter, but concerns over restricting the roll of the ball and not having a thick enough pile to the grass covering to cushion the falls of diving fielders scuppered plans.

For the full article visit: www.dailymail.co.uk