One of the world's most famous links golf courses, Royal Aberdeen Golf Club, has recently invested in EGO equipment to improve the course and golfing experience, while reducing costs in a single stroke. 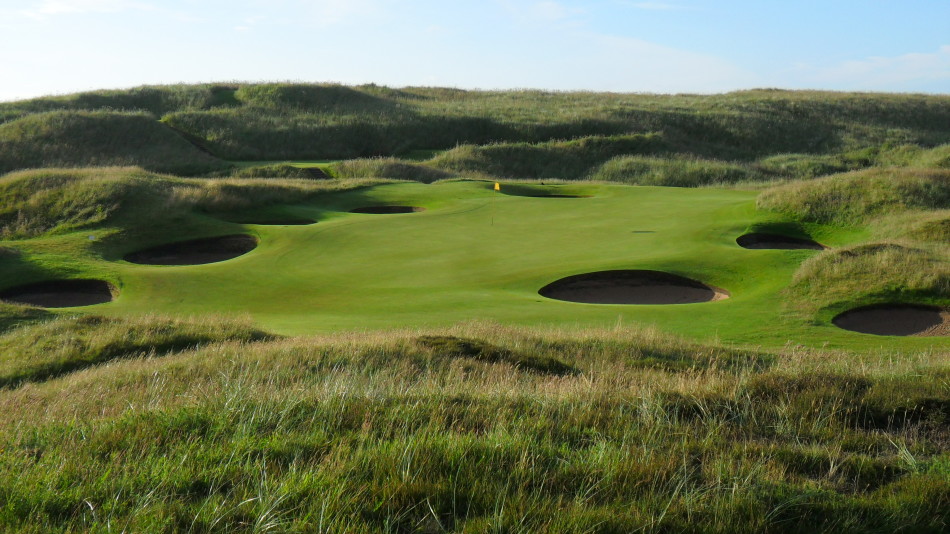 As a schoolboy, Robert Patterson spent so much time playing golf at Royal Dornoch golf club that he soon became part of the furniture. Then, when he left school aged 15, he became part of the green keeping team, helping out around the course and learning the basics of his trade before taking a
4-year green keeping apprenticeship at Elmwood College in Fife. From there he took on increasing responsibilities and became Course manager in 1987 to 1998.He then moved to Royal Aberdeen Golf Club, one of the world's greatest links courses. Now calling on over 40 years' experience and responsible for a team of 10 permanent staff, he's helping keep two prestigious courses up to truly world-class standards. He believes that EGO's cordless equipment is playing a part in this process. In golfing terms, it's just one of the clubs in his bag, but it has a very specific and valuable function.

Links courses typically feature areas of sand, scrub and long grass, as well as undulating territory that's often beyond the capabilities of even the hardiest mowers - which is where strimmers have to come into play. They're widely used on all golf courses, and not just to keep long grass in check. They're also the perfect tool for tidying up bunker edges, tee-boxes and marker posts as well as other areas, so they're constantly in use to enhance the playing experience.

Like many venues, Royal Aberdeen has traditionally used petrol strimmers, but they're not without their challenges. The rising cost of petrol and oil make them expensive to use and, in Robert's experience at least, they've always proved to be unreliable over time. But there are two even more important issues, as Robert explains.

"There's no escaping the fact that petrol strimmers are noisy - and that's totally at odds with the quiet, peaceful environment that golfers expect, especially at courses like Royal Aberdeen. It's okay if you're wearing earmuffs, but if you're playing the noise becomes a major irritation. So we kept having to switch petrol strimmers on and off when golfers were close-by. It's possible to get through the work that way, but it's very much stop and start which limits productivity and means that workers have to hold these heavyweight tools for longer."

And this leads on to the second key point - health and safety. "In summer, we employ seasonal staff to help out with the strimming, and they're at it all day long. With petrol strimmers, it was common for them to come in complaining of pains in their neck and shoulders from lugging them around on a harness all day or saying that their fingers were tingling from the constant vibration. Then there's the noise and fumes, both potentially dangerous forms of pollution. These are serious issues which can lead to long-term damage. When we switched to cordless power, that all disappeared pretty much immediately. They do exactly the same job, but they're far lighter and easier to use. The team liked them right from the start."

Robert switched from petrol to cordless recently - at the beginning of 2020, shortly after a demonstration from the EGO sales team. "They came along and showed us what their equipment can do. We had a look at everything, but it was the strimmers that really took the eye. We tried them out, had a Q&A session, and the team gave them a big thumbs-up. We haven't looked back."

From Robert's perspective, other factors also came into play in the decision, not least because it complements the ethos and philosophy of Royal Aberdeen. "We're going electric anyway," explains Robert. "We use battery-powered golf buggies and utility vehicles, and we've recently fitted solar panels to generate our own electricity on site. It's a cleaner and more sustainable approach, and cordless equipment fits in perfectly. We're now able to charge our strimmer batteries for free, which makes a lot of business sense. Cordless ticks a lot of boxes from our point of view." One of the most common concerns for anyone new to cordless power equipment is battery running time, closely followed by the power and effectiveness of the equipment. Robert admits to sharing these concerns to begin with. "I wasn't quite sure how long they'd last, or whether they'd be up for the job. I needn't have worried. We bought four strimmers with a spare battery for each, and it's worked out perfectly. We can generally get a full hour with each battery, and then simply switch. They munch through long grass and cope easily with what we need. We still have our petrol strimmers on site, but hardly ever have to use them now."

Positive feedback and a change in perceptions

In just a few short months, Robert has seen the attitude towards cordless change from open scepticism to all-out support. He's also noticed a significant drop in fuel and oil costs, not to mention complaints from his team. Right now, they're using strimmers with the 2.5-amp battery, but thanks to positive feedback, they're considering investing in some of the more powerful tools with backpack batteries. Robert believes they'll be ideal for tackling some of the tougher grass challenges over winter, especially in areas that mowers can't reach. EGO's blowers are also on his radar to help keep the green clear of leaves in autumn. As with the strimmers, their power and quiet operation add to their appeal on a golf-course.

"Before we had a close look at cordless equipment there was definitely a little doubt, but from the team's point of view, that's all gone now. I'd say to anyone that they should seriously consider EGO's cordless technology. They'll be surprised at what it can do, and how well it does it."

It's a case of green technology, for the perfect golf course.