Beautiful Erin Hills is ready to host Wisconsin's first-ever U.S. Open. But, once upon a time, it wasn't the happiest place for turf as Golfdom's editor Seth Jones reports 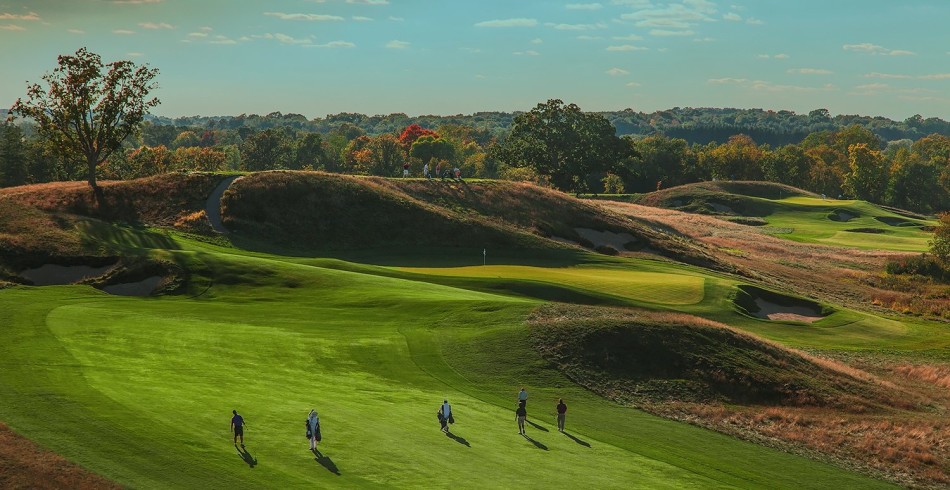 "It would be accurate to say the turf conditions were suffering," says Dana Fry, ASGCA, part of the design team for the Wisconsin course. "They had a very difficult time because they basically didn't have enough of a maintenance budget, money was very tight. It obviously needed a lot of work."

Maintenance necessitates money, something the then-owner of the course was running out of. Then the superintendent abruptly left the course. Assistant Superintendent Zach Reineking, 28 years old at the time, took over the position and wondered what was next. 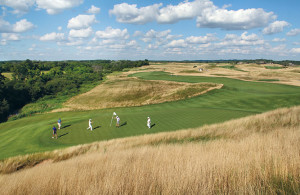 "By September of 2009 we were in a situation. We had very constrained resources, a small staff and a big property," Reineking recalls. "Conditions of the course were not acceptable to my standards, or I think to most golfers' standards. When the ownership change happened… I was very grateful."

"When Andy Ziegler came in they got a chance to show what they can do - they got the proper amount of money," Fry says. "(Reineking) got through it. The time and effort and the days (the crew) put in - they're some of the hardest working guys I've ever met in my life. I couldn't be more proud of Zach and his crew. Go back to 2007, '08, '09 - everything was sort of iffy as to what would happen there. He hung in, he was there when they had nothing, and now he's risen to the top. How could you not be proud of him and his crew?"

Erin Hills Superintendent Zach Reineking says Erin Hills came out of the winter great, with the fine fescue fairways still needing some time to wake up. "It's just a slow grass to get up and get started," he says. 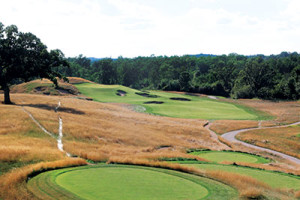 Seeing the course today and imagining it less than remarkable takes some imagination. On a breezy day, the golden fescue rough moves in waves, like coastal courses in the United Kingdom. But this course is 35 miles northwest of Milwaukee. The unique turf at Erin Hills is one of the things that appealed most to Reineking when he started working at the course in December of 2004, when it was still a construction site.

"Most courses in Wisconsin are bluegrass and bentgrass, so the fine fescue at Erin Hills was exciting," says Reineking, a University of Wisconsin-Madison graduate who proudly received a Chick Evans Scholarship from his time caddying at Pine Hills CC in Sheboygan. "More than anything else, it needs a well-drained soil. The course has a fair amount of that soil, but we sit on the edge where we also have really dense clays. We have a lot of areas where we have to manage the fine fescue differently on a hill rather than in a valley."

The property, located near Erin, (population 4,500) sprawls over 658 acres. The course itself occupies 350 acres. Fine fescue rough - don't call it no-maintenance, and maybe don't even call it low-maintenance - accounts for 155 acres.

"It's a huge property, so it's not just the quality of the work but the volume of the work," says Mike Hurdzan, Ph.D., ASGCA, co-designer of the course (along with Fry and Golf Digest's Ron Whitten.) "As readers of Golfdom know, there is no such thing as no-maintenance areas. These low-maintenance areas are, in many instances, high-maintenance areas. But Zach and his people have gotten a handle on it through their skills of cutting and bailing and reseeding."

Whitten, perhaps the world's foremost golf course critic, knows a good story when he hears one. The work the crew does to maintain the rough at Erin Hills, he says, is a "great story."

"Every year the crew bails the tall fescue and trades it to the local Amish community for handmade furniture. It shows you how massive that piece of property is," Whitten says. "There's 155 acres of that fescue! That's the size of a golf course alone. There, it's just the rough." 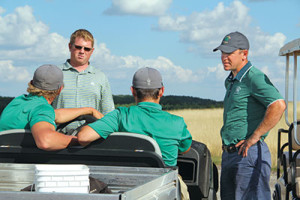 The length of the course, coupled with the many hills and valleys, makes Erin Hills a challenging walk. But there's an important reason why it's a walking-only course: turf health.

Associate Superintendent John Jacques has been at Erin Hills since 2010. The course was his first experience working with fine fescue fairways (tees and greens there are bentgrass).

What has he learned about fine fescue in his seven years there? That the grass is "finicky."

"Traffic is a huge issue, that's why Erin Hills is walking only," Jacques says. "We don't have to worry about carts, but we do have to be aware of our own mowing patterns, and our crew - we don't take the same way every time. (Fine fescue) is a challenge, especially in our climate, but we do a good job with it and hold our own."

It was an important day in Erin Hills' short history, Fry says, when Reineking talked to Ziegler about making the course walking only.

"Zach told Mr. Ziegler that he really needed to keep carts off it. Andy said, 'Let's just make it a walking golf course.' The decision was made, and he's stuck to it," Fry says. "They did it because (Ziegler) wanted this to be the best maintained golf course it possibly could. He listened to Zach, he learned about it. With carts, it was always going to struggle. I don't ever see this changing under Andy's ownership."

When the topic of carts comes up, Whitten waves the white flag and admits he believes it was his doing to allow carts on Erin Hills' sensitive fairways in the first place.

"Having owned a course at that time," Whitten says, "I realized carts were easy money generators. But I also felt, having spent several summers there, it can get hot for guys my age playing the course. We had to balance that with the concerns that (Hurdzan) has always pointed out: the turf is a liability. While I was campaigning to have carts, I was not sorry to see them go. The purist in me feels the walking experience with a caddie is much better. And now that the green fee is such… it's sustainable to generate revenue enough that Zach can have a budget to maintain the course and the condition we all want it in. I don't have anything against carts, but I'm not sorry to see them go."

As the clock winds down and it's nearing the 117th U.S. Open - the first ever hosted in Wisconsin - the locals are starting to understand what the crew already knows: that this tournament is a big deal. 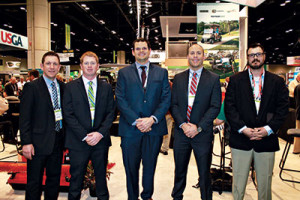 "For the past four U.S. Opens, I've been fortunate. In some way, I've been able to go and learn from them," says Jacques, a Michigan native and graduate from Penn State's two-year turf program. "It's especially useful to visit a course like Oakmont, which has hosted multiple major tournaments, to see how they operate and take some of their pointers and implement them into our facility."

Though the course already has hosted the 2008 U.S. Women's Amateur Public Links Championship and the 2011 U.S. Amateur, the U.S. Open clearly is next-level golf.

"I've been fortunate to go to the last couple U.S. Opens, so you get the scale," Reineking says. "As much as you try to educate the people in the area, it's hard to really fathom how big the U.S. Open is. The town is starting to understand the scale of it now that the merchandise stand and the trophy club are up. They think of tents like the ones they see at the state fair. These are legitimate structures. The town is excited, but also amazed."

Reineking stuck it out when things looked grim at Erin Hills nine years ago. His patience and hard work has paid off. Not only has he succeeded with the golf course, he's also succeeded at creating a "fun family" culture despite the hard work required to prepare for the U.S. Open, Jacques says.

"When I come to work, I'm hanging out with my best friends," Jacques says. "We get along that well. It's a blast to work with everyone, and I'm learning from Zach all the time."

"Guys have turned down jobs just to stay here with our crew and see this through the U.S. Open," Reineking says. "There's a group of assistants in training that have been with us close to two years, and some three to four years. We have eight interns who work out here, and some of those guys are in the second year as well.

"It's been interesting to try to establish the fescues, but it's been rewarding to watch the course mature and become successful. (Ziegler) has done an amazing job with Erin Hills, developing and nurturing and continuing the evolution of the golf course," Reineking says. "I feel so fortunate to be in this situation, surrounded by so many great, capable guys."

The original Golfdom article can be viewed HERE

Three more links that may interest you: