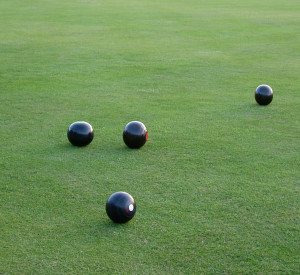 "My lawn is fine, why do we have to go to the trouble and cost involved in maintaining a green?" Thus often begins the stand-off between bowler and greenkeeper creating, at best, animosity and, at worst, a complete disregard for the work of the person whose job it is to get the playing surface through the season. So, who is right?

When one of our members contacted us at the back end of last year concerning the benefits of moving rinks on bowls greens on a regular basis, we discovered that the stand-off between the committee and the greenkeeper on the subject was a widespread problem.

The original request was as follows: "I have posted on the forum and seen many other posts about the merits of moving rinks in bowls. Once again, I am faced, as I am sure are others, with the problem of challenging a decision made by the bowls committee to only use one colour, and possibly specific numbers of rink for league matches. I have tried to explain the problems that can arise from only using one set of rinks day in/week out and the benefits of moving rinks and using the whole green, but find this hard without any form of official documentation. All evidence is anecdotal. Is there any possibility that an article could be produced by your good selves that I, and I am sure others, could use to further our cause?"

Pitchcare are happy to oblige, as follows.

Bowls greenkeepers are under considerable pressure from their committees to dictate the position of rinks through the playing season. The common misconception by bowlers is that "my lawn is fine" and leads to the query "why do we have to go to the trouble and cost involved in maintaining a green?"

The most hazardous environmental factor that limits the health of the grass plant is its use! If occasionally browsed by livestock or cut annually, grass will happily maintain its dominance of a habitat having evolved to fill this niche. 'Mowers' were originally people that used scythes to cut the grass, primarily to provide a foodstuff to overwinter the same livestock and, from the 12th century, to provide lawns that exhibited the wealth of the land owner. However, once mechanical mowers became popular, the business of looking after lawns took off.

The maintenance of turf specifically for sport occurred between these periods in private gardens and on public greens, and it soon became apparent that the more intense use of these areas had a specific effect on the soil structure.

Naturally, soil maintains a high diversity of micro and meso flora. These organisms, in combination with the processes associated with them, create a balanced structure that is open, friable and facilitates movement of moisture and gases through the profile. Compaction of the soil occurs through use. The average human foot applies between 8.7 - 11.6 pounds of force per square inch (60-80kPa). The effect that this has is to apply a pressure to the area directly under the foot, which squeezes the profile, particularly locally within the rootzone. This forces gas out of the soil profile as the soil particles are forced together. This, in turn, inhibits the ability of moisture to percolate through the soil.

In the worse-case scenario, the water sitting above the soil compounds this problem by further compacting the soil. This rootzone becomes an inhospitable place to exist for the soil flora and their numbers diminish which, in turn, constrains the ability of the soil structure to be improved. A rootzone that isn't oxygenated is hostile to the plant, whose roots will not penetrate these compacted areas, ultimately leading to the plant dying and bare areas appearing on the green.

There's a good reason the rinks are moved and it would be helpful if bowlers, and especially committees, were a little more supportive in the efforts made by the greenkeeper to provide a consistent surface throughout the duration of the season.

Here are some views from industry professionals on the topic:

The Royal Leamington Spa Bowling Club, otherwise known as the RLSBC, is owned by Warwick District Council, with the five greens under the care of Head Greenkeeper Michael Finch for Glendale. The existing clubhouse was built in 1995, ready for when the club hosted the Women's World Bowls Championship in 1996.

RLSBC is the home of the Bowls England Ladies National Championships. It has also hosted a number of Bowls England Under 25 International matches and Bowls England Junior Ladies Trials. A number of institutions, such as the Civil Service, also host their national finals at the club.

RLSBC run a full season of men's and ladies fixtures against other local clubs, and the greens are busy at all times, weather permitting. Michael says that rink rotation is a vital requirement in ensuring that the greens get through the season.

"I know there are concerns surrounding moving rink colours, but I move mine, and the direction of play, every two days at worse."

"The greenkeeper should have the final say on the green as he/she is the professional in charge. I understand clubs' requirements but, on those days not for match play, we should be seen to change, as wear and speed on heavy wear areas can alter a game."

"With my nationals, I don't have much say, so I have to work up to the major events and plan my strategy around the busy times."

"A greenkeeper, if he has a decent bit of kit and knowledge, can change the club's perception of how the green should be used. And performance will improve if managed correctly." 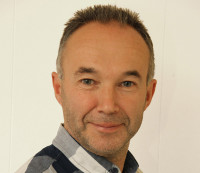 Over the past five years of delivering the Pitchcare LANTRA Accredited Bowls Green Maintenance courses, the movement of rink ends is always a hot topic for discussions.

Many bowlers expect to turn up on a Saturday match day and have the direction of play and position of rinks the same at all times, the reason being that they feel this is the best location for a match and advantage to the home side!

It is very important not only to move the direction of play on a regular basis, but also the positioning of the rinks.

The direction of play should be altered regularly to spread the wear on the rink end; continuing to use the same rink in the same direction will affect surface level and create runs in the rink that the woods will follow and a nap on the grass surface. Using one rink will create the need for more annual maintenance, mainly renovation at the end of the season.

Surface nap on the grass will reduce the effect of the bias on the wood and lead to bowler play only on length and not the draw of the woods.

Play must be evenly spread over the green and rotated to spread wear. 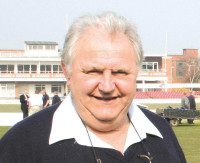 It is a proven fact that rotation of rinks distributes the wear evenly. Using the same rinks will create tracking of the bowl on certain lines and will disrupt the player's ability to control the bowl, especially the away players, and could give the home players an unfair advantage. Compaction will also be a problem by constantly playing in one direction.

From the above comments, it is clear that rink rotation is a vital requirement in providing a viable bowling green, regardless of what your committee or members think!