0 Cricket returns to its roots - in the US

On an expanse of Texan grass two immigrants were openly engaged in a distinctly un-American activity … they were marking out a cricket pitch. 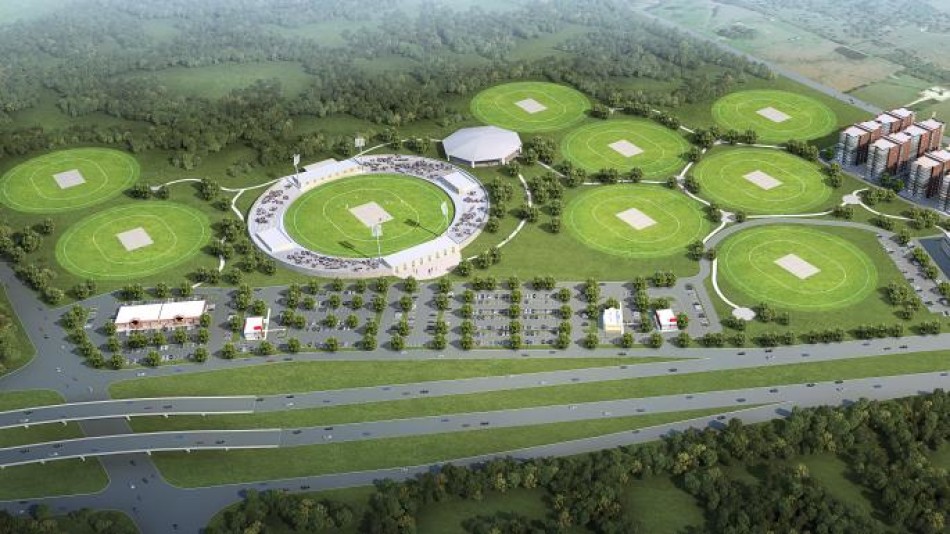 Armed with a tape measure, a ruler, a heavy roller and a small pot of white paint, Samuel Plummer, the Jamaican head groundsman, and his assistant, Shafeeq Ahmad Khan, a Pakistani, put the finishing touches to another wicket at the Prairie View Cricket Complex, 45 miles northwest of Houston.

In the process, they brought the dream of a local businessman and the ambition of the sport's international leadership closer to realisation.

Cricket was once America's national pastime. Benjamin Franklin brought an early rule book back from England and there is some evidence that George Washington's troops played a form of the game during the revolution. A match played in Manhattan in 1844 between teams from the United States and Canada has been cited as the first modern international sporting event, predating the America's Cup by seven years and the Ashes by 33.

Abraham Lincoln watched Chicago host Milwaukee in 1849. Even after the Civil War when baseball swept the sport aside, a Philadelphia cricket team was good enough to beat Australia in 1893. Small pockets of the sport survived, such as the New York "bush cricket" described in Joseph O'Neill's 2008 novel Netherland, in which a mysterious businessman dreams of building a world class cricket arena in Brooklyn but dies in shady circumstances.

The sport is stirring back to life in America. Cricket's administrators are eyeing the opportunity presented by an estimated 20 million armchair fans and 200,000 players, drawn mostly from the Asian and Caribbean communities.

The sport has "enormous potential" in America, Dave Richardson, the International Cricket Council (ICC) chief executive, said in 2015. James Sutherland, the chief executive of Cricket Australia, has pressed the ICC to commit to hosting a global limited overs tournament in America soon and suggested Central Park in New York as a possible venue. "Bring big games and big names to the country," he said in 2017. "It's one of the biggest commercial markets in the world." That is where Tanweer Ahmed comes in. Mr Ahmed, 51, grew up in a rural region of Pakistan before moving to America as a cricket-mad teenager with only a few dollars to his name in 1988.

He began as a cashier in a fast-food restaurant. He now owns more than 150 Kentucky Fried Chicken, Pizza Hut and Taco Bell franchise restaurants in four states, as well as an energy company and a construction firm.

Three years ago he started playing cricket again. The first ball he faced was a bouncer that hit him in the head but he was smitten. Now he plays most weeks "to get the stress out" in a league teeming with players from across one of the most diverse cities in America that also happens to be blessed with sunshine.

Realising that there were not enough pitches to meet local demand, Mr Ahmed spent millions of dollars transforming the 86-acre site near Prairie View into a cricket complex.

Mr Ahmed explained his vision while sitting in his office near Houston airport, which has a cricket net by the car park at the back. He said there could be international cricket for minor nations at his facility "hopefully this year".

He has built four pitches so far. Eventually there will be eight to ten, four of which will meet international standards. He also proposes to start an academy for young players. There is only one ICC approved pitch in the country at present - in Florida.

Mr Ahmed hopes to find partners to raise a further $30 million to turn his best pitch into a 15,000-seat stadium. That would open the doors to hosting England, India and Pakistan. Like Kevin Costner's character in the baseball drama Field of Dreams, he is convinced that if he builds the ground, they will come.

He said that he was "very emotional" when he played for the first time at his venue last September.

He added: "Who would have thought that I would be doing something like this 30 years ago when I was playing back in Pakistan? We didn't have a facility like this. Now I'm the one building this one and inspiring a lot of kids."