A new coastal road might just improve visitor numbers to the UK's most northwesterly golf course. Created by three golfing enthusiasts in the late eighties, the course occupies a stunning location. Peter Britton talks to the club's only greenkeeper, Alistair Morrison, about plying his trade at the top of the world. 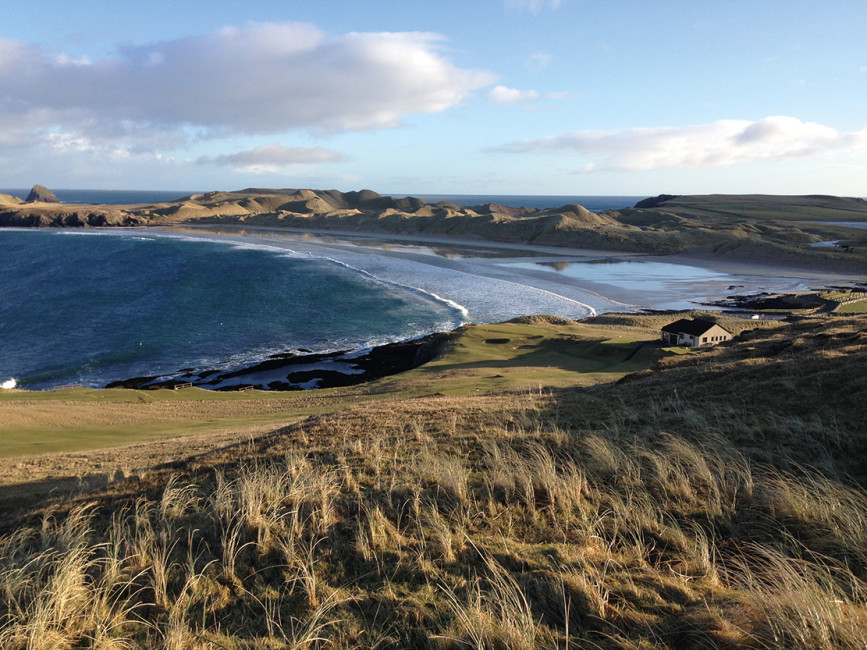 Unless you are very local, don't even consider driving to Durness Golf Club. It is 345 miles and seven hours from Gretna Green, the accepted first port of call on the western route into Scotland. Mind you, if you chose that option, you'd find yourself driving through some of the most spectacular scenery, before arriving, no doubt in need of a wee dram, at the most northwesterly club in the UK.

The village name roughly translates to 'deer point' from the Norse, whilst the county of Sutherland, in which it lies, means south land, i.e. south of the Orkneys. John Lennon was a frequent visitor to Durness, and it is reputed that the Beatles' song 'In My Life' was partly based on his time spent there.
Durness Golf Club is a relatively new creation, having been designed by three local golf enthusiasts, Francis Keith, Ian Morrison and Lachlan Ross, and opened in 1988 after a lot of hard work by volunteers to hone it out of the local topography. Officially recognised as a nine hole course, but with a second set of very different tees, Durness plays like a traditional 18 holes. Being situated in North West Sutherland, golfers are ensured spectacular scenery and a closeness to nature.

The club employs just one greenkeeper to maintain the course, Alistair Morrison, who came to the club a little over two years ago.

He studied greenkeeping at Elmwood College, followed by an apprenticeship at Brora Golf Club on Sutherland's east coast, under the watchful eye of Head Greenkeeper James MacBeath. During his three years at Brora, he completed his National Certificate in Greenkeeping. Alistair confesses that he does rely on advice from James "very often".

Durness is a traditional links course crafted out of the natural landscape. Construction, including tees, was undertaken by local volunteers, with the exception of the greens which were outsourced. It is a 9-hole course, but each hole has two distinctly different tees, making the front and back nine feel completely unique. This layout provides a par 70 course of 5,555 yards in length ... and some of the most stunning views in all of golfdom.

"The soil profile is generally sandy," explains Alistair, "which helps with drainage, but there are a few isolated places throughout the course that don't drain well during the wet winter months."

"The site is very exposed. We get very little frost and snow up here, but a lot of high winds. These are my biggest issue; keeping bunker sand in place, especially. The best way I find for this is not to rake them when the wind gets up. The one advantage is that there are definitely no issues with shade and air flow!"

The golf course is also a Site of Special Scientific Interest (SSSI) and a Special Area of Conservation (SAC). This provides Alistair with a lot of additional work. "I am responsible for cutting thistles, nettles, bracken and burdock, as well as controlling sand erosion and any other issues that could damage the area," he explains.

"The club works very closely with Scottish Natural Heritage to ensure we maintain and, where possible, enhance the nature conservation interest of the land." 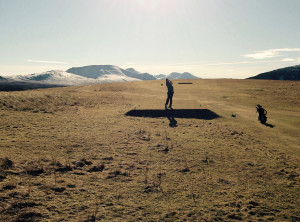 Sheep are deemed an important part of keeping the balance of the grassland. "Mind you, there's not many animals we don't get on the course, but the biggest problem is the sheep, which are put out on the course between October and May. I use electric fences to protect the greens."

"Maintenance regimes are very dependent on the weather up here. I cut the greens at 6mm in the winter and 5mm in the summer. They are usually aerated in November and March and verticut once in early summer. Weed control is a big issue for me as, with the course being part of an SSSI, spraying of chemicals is restricted to greens and tees only."

"Colder springs and milder autumns seem to be the new trend, especially here in the very north of Scotland. Early fertiliser applications are pointless until it eventually warms up."

"Being very exposed to harsh weather and salt water, I tend to apply a lot of iron sulphate, especially during the winter months and early spring. We don't have any drainage or irrigation, but being a retained firefighter does come in handy when the greens need watering!"

"I'm hoping to start overseeding the greens annually, once I have the necessary equipment available and, once I have a reliable aerator, I'll be able to carry out more thorough renovations. At the end of the day though, I was always taught playability, then presentation, but I would like to move things forward for all concerned." "The greens have been hit by a bit of fusarium the past two autumns but, other than that, there's little to worry about."

Being a small club, Alistair says he knows virtually all the members, and plays regular golf with a lot of them. "Interaction is done a bit more informally than at other clubs," he suggests. "Although this isn't always a good thing!"

"Being the only greenkeeper at the course makes juggling my personal and work life difficult at times. It makes life a little crazy at times, especially around open competitions in the summer months, but being my own boss is also an advantage when it comes to my personal life."

What would you consider to be the state of our industry? "I would say the industry is strong, there's always ongoing improvements coming from all directions."

"Are we undervalued? Yes, especially in rural areas where golf isn't so popular. I get very tired of trying to tell people that I don't just cut grass for a living. I think clubs need to do more to educate members of just how important we are; no greenkeepers = no golf course." 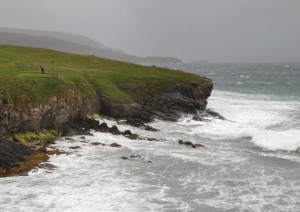 The location of Durness makes attending industry shows, seminars and demo days somewhat difficult. "I haven't been to any recently, but hopefully, in the near future, this will change. Being so far north means that attending these events usually means lots of travelling for me."

And what does the future hold for this little golf club at the top of the world? Alistair is hopeful that the recently opened North Coast 500 coast road (to be known as NC500) will allow more golfers to seek out the pleasures of playing his course. "It can only be for the better," he comments.

The route begins in Inverness and heads west towards Kyle of Lochalsh, up the scenic west coast to Durness and across the most northerly stretch to John O'Groats, then back down to Inverness again, covering a total of 500 miles, no doubt singing a certain Proclaimers song all the way!

The new road has already made the top ten in a number of 'best coastal roads in the world', such is the spectacular scenery and landmarks it encompasses on its route.