by External source
in Conservation & Ecology
on 22 Mar 2016 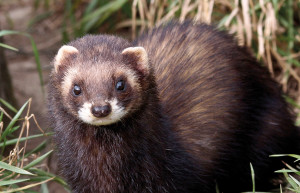 The results of a nationwide survey reveal that the animals are spreading into areas where they have not been seen for 100 years. The research was carried out by the Vincent Wildlife Trust.

Lizzie Croose, who led the survey, said: "It's brilliant, it's a real conservation success story. This is something we really need to celebrate, the recovery of a native carnivore that we once almost lost completely."

European polecats (Mustela putorius), with their bandit-like face masks and lush brown fur, are found across Europe but, in Britain 100 years ago, they were pushed to the brink of extinction because of their appetite for chickens and small game birds. Thousands were killed.

Miss Croose, who is the mustelid conservation officer at the Vincent Wildlife Trust, said: "They had a really tough time from humans. They were really hated - probably one of our most hated mammal species. And that resulted in them having a very extensive decline."

The last survivors retreated to Wales and remote parts of Scotland, but the results of the survey show that the animals have now made a significant comeback and are moving into areas where they have not been seen for more than 100 years. They have recolonised east into Suffolk and Norfolk, and north into South Yorkshire. A population that was introduced into Cumbria in the 1980s also continues to do well.

"Polecats are turning up in areas where they haven't been seen for over 100 years, so they have recolonised really extensive parts of England," said Miss Croose. "The main reason for their comeback is that they are not being persecuted so much now. Fingers crossed, over the next twenty-five years, we should see polecats continue to spread"

Naturalist and BBC presenter, Chris Packham, commented; "Polecats are legally protected, so that has resulted in a real reduction in trapping and killing, so they have been able to recover and spread across the country once more."

In Scotland, however, polecats are mating with their domestic cousins - ferrets - and many animals there are now hybrids. Other threats include growing numbers of polecats dying after eating poisoned rats. More are also being killed on the roads. 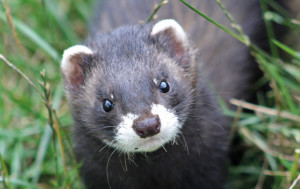 And, in Europe, where polecats have generally been doing well, numbers have declined - although scientists do not know exactly why. However, conservationists are optimistic that polecats will continue to recover in Britain.

Naturalist and BBC presenter Chris Packham continued: "I love the idea that polecats could be living out there. I don't necessarily need to see them, I just need to know they are there - maybe just seeing their poo, or footprint or prey remains. The fact they are now out there, back in England, in my lifetime, that has to be counted as a success."

At the British Wildlife Centre, polecat keeper Matt Binstead added: "Working so closely with the polecats here, you get a real feel for their character and what a fantastic mammal they really are. The comeback is a huge success story for conservation groups everywhere."

This article is precised from the original BBC Science website - ww.bbc.co.uk/news/science

Who are the Vincent Wildlife Trust?

Based in Ledbury, Herefordshire, the Vincent Wildlife Trust has been at the forefront of wildlife conservation for forty years. Their work is focused on British and Irish mammals and currently centres on the bats and members of the weasel family (the mustelids).

Undertake surveys to identify the current status of mammal species of concern. They carry out pioneering conservation-led research, publish the details of this work and offer expert advice to others through practical demonstration. Innovative research has helped provide solutions to conservation issues locally and internationally.

They are involved in both landscape scale delivery of conservation actions and with more local, small-scale initiatives, linking in with national and European initiatives, forums and partnerships as appropriate.

Survey and monitoring, research, education, training and advocacy together represent the work of the VWT.

One area of their work, ongoing since the 1980s, is the management of roost sites for greater and lesser horseshoe bat maternity colonies.

Today, the VWT manages some forty bat roosts in Britain and Ireland, including sites of international significance.

The VWT National Polecat Survey 2014-2015 has now finished and they are no longer collecting polecat records.