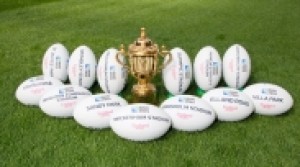 With just over six months to go until the start of the Rugby World Cup, the English tourism industry is gearing up to welcome as many as 466,000 international visitors to the country and work is well underway to ensure that the host cities make the most of the opportunities that brings.

The whole tournament is expected to contribute £2.2 billion in output to the UK economy, according to a recent report, with £869 million in direct expenditure coming from international visitors and Visit England is working hard to ensure the benefit is felt in all areas of the country.

The average spend of someone visiting from overseas during the Word Cup is expected to vary enormously from £59 to £3,546 depending on their origin and profile, and the tourist board's project director for the 2015 Rugby World Cup, Jerermy Brinkworth has told Running Rugby that the key is persuading people to extend their stay before and after matches.

"As Visit England, we meet with organisations from the various destinations and different tourist boards in the host cities to talk about the wider opportunities and how to raise their respective profiles on the back of the World Cup," he said.

"We are the tourism partner of ER 2015 and we are very interested in helping them with promoting the tournament, with other people looking after the operational and logistics side of things.

"Our objective is to get people to stay longer basically and stick around overnight, adding days and nights on to their trips before, after or in between games to explore the host cities and beyond.

"If you are following a particular team and you come from abroad, you have usually got up to a week between games, so there are plenty of tourism opportunities there."

How lucrative those tourism opportunities will be varies significantly from host city to host city depending on how many matches are being played there, which countries are involved, what the kick-off time is and how close the city is to London as well. 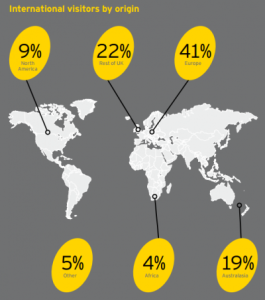 Milton Keynes, for example, is playing host to the likes of Canada and Japan and could benefit from some bigger-spending visitors from these countries, and two of the three games at Stadium MK kick off at 8pm so people are more likely to stay overnight.

However, it doesn't have the same number of hotels as other host cities and Brinkworth says its proximity to London will also play a big part as people base themselves in the capital and travel to games elsewhere from there.

The challenges differ from place to place but Visit England's job is to convey that there is a 44-day long party going on in England from mid-September to the end of October, give people exact details of the various events and persuade them to spend as much time in the country as possible.

"For Australians and New Zealanders, for example, we want them to stay in England for as long as possible because they have the option to go off shore in between games and then French, Irish or Italian visitors could come in and out in one day which ideally we wouldn't want them to," Brinkworth added.

"So, we want to convey the idea of why would you want to just come in and out because there will be such a party going on. That will be driven by all of the other events that are planned around the matches and the opportunities that there will be to stay on, do other things and be part of the party atmosphere.

"But it is different for the likes of Japan, USA and Canada, for example, who are less likely to make it through the group and, for us, the pool stages are in a way more exciting because nine of the host cities are only involved then, and it is just Cardiff and London after that. 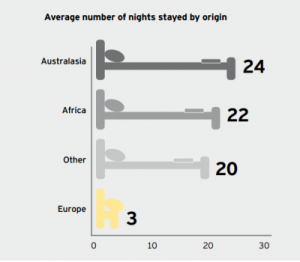 "The message will therefore be very different when it gets to the latter stages because London will very much become the focus, but we will also be telling people how they can get out and see other parts of the country in the week in between games in the knockout stages."

People are expected to spend around £32 million on food and drink in the various stadia used for the tournament and 40 per cent of that will be spent by international visitors.

Approximately £13 million is then expected to be generated by the many fan zones across the country, with £5 million of that coming from international visitors, but Brinkworth says much more will be spent in other related festivals and events around the country.

"Not all of the details are out yet but the host cities will be laying on lots of activities and not just in the fan zones. They will be having cultural festivals, food and drink festivals and more besides in order to tempt people to stick around," he told Running Rugby.

"Brighton know what they're doing and they will be having a festival of Japan on around the time that they face South Africa in the city as one example, and there will be a lot of tailoring to different nationalities going on, particularly in the food and drink and cultural areas.

"Newcastle are targeting Scotland in particular because they are playing there twice, so they are already promoting Newcastle actively in Scotland to those that haven't been there before." 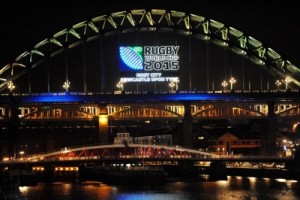 Newcastle's economy is expected to benefit to the tune of £93 million as a result of the World Cup with 51,000 international visitors descending on the city, St James' Park welcoming 134,000 spectators and the fan zones expected to receive 115,000 visits.

Visit England is trying to get people from the North East to the South West to share their plans with each other in order to make it easier for visitors and maximise the tourism opportunities, and www.festivalofrugby2015.com has also been launched this week to enable events planned for between June 10 and October 31 to be submitted for approval and publicised.

Brinkworth says the main problem is one of coordination and getting the message out there and work is being done with the media and on social media as well as with ER2015 in order to ensure that everyone is well-informed.

"Our perennial problem is finding out about the various events far enough in advance to actually make the most of them but there are lots of festivals that will get announced very shortly," he said.

"We will hopefully work with organisers in terms of the emails they are sending out to ticketholders to tell them what else is going on, how to book certain accommodation and where to find different events.

"That will be one route but PR and social media will play a big part as well, so there will be a constant drip feed of all of the options available to those who haven't fully made up their minds and confirmed all of their plans yet.

"We will also be working with the media who are there covering the tournament so that they can write and broadcast about different parts of the country with a longer term goal of encouraging more visitors to come here in the future." 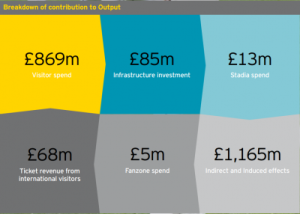 As many as 93 per cent of international visitors at the 2011 World Cup in New Zealand said they wanted to return in the future and, whilst England 2015 is expected to dwarf its predecessor commercially, the bar has been set high in terms of tourism and visitor satisfaction.

Both Visit England and tournament organisers are trying to showcase the best England and Wales have to offer and help achieve a "long lasting boost to the tourism sector", starting with giving some of the lesser-known host cities a helping hand.

"I think at the moment the focus is on raising the profile of individual host cities, particularly those that are perhaps less well-known as tourism destinations such as Leicester, Milton Keynes, Gloucester and Exeter to some extent," Brinkworth added.

"This is a fantastic opportunity for them to get known on a world stage and a national stage for that matter and obviously we want to help raise their profile and show what they have to offer generally."