0 Countax and a race to the rescue

Every year, universities from around the world compete to build a single seat race car for autocross or sprint racing. Formula Student is Europe's most established educational motorsport competition, backed by industry and high-profile engineers such as Ross Brawn OBE. 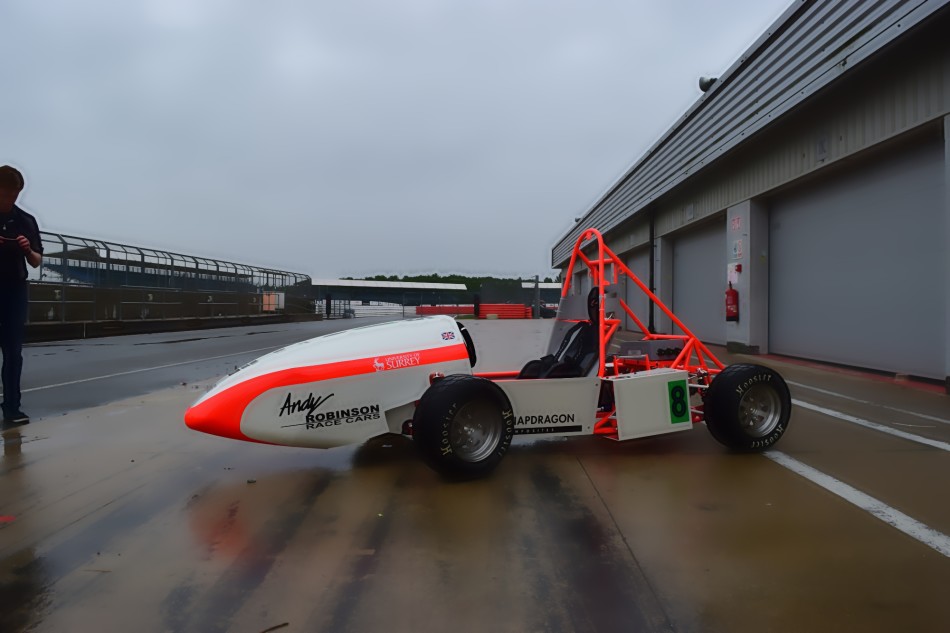 The competition aims to develop innovative young engineers and encourage young people to take up a career in engineering. Following that edict, Surrey University's Formula Student team set about building their new electric 80kW single seat racer, with a specification that would take it from 0-60mph in under three seconds. Little did they know the project would bring them into contact with garden tractor manufacturer Countax, themselves the company behind British-built Runningblade, the racing lawnmower that broke the world record on Pendine Sands.

Formula Student forms part of a degree-level project that provides the opportunity to deliver a complex and integrated product and present it to a hypothetical manufacturing firm. The rules are the car must be low in cost, easily maintained, reliable, with high performance; and the team has to demonstrate it can support a viable business model for both parties.

The Surrey University team's car is entirely student designed and built by them, making virtually everything from the tubular frame through to the aluminium suspension uprights. It's powered by an 80kW/240Nm electric motor with 600v 7kWH LiPo battery. Each team has to go through a rigorous testing process, including a Static Event, where the cars are judged on design, cost, sustainability, business presentation, technical and safety scrutineering, a tilt test and brake and noise test.

The venue for the Surrey team's Static Event was Silverstone Circuit and when they arrived to assemble the car they found they were minus the correct wheel nuts. The ones they had with them were from the previous year's model and this year's had undergone a design change to the studs. They needed M10 x 1.25 pitch wheel nuts with a tapered seat to fit the new studs. Nowhere at Silverstone could they find the size. Bill Backhouse, Automotive Technician for the university's Mechanical Engineering Sciences Department, phoned his father Graham at the John B Backhouse power and garden machinery dealership in Yorkshire for help.

Graham realised the wheel nuts they needed were coincidentally the same as fitted to the post 2013 Countax garden tractors and the race was on to the Countax Factory near Oxford, where Lauren in the Parts Department had a set of wheel nuts ready and waiting in reception.

The short hop back to Silverstone saw the wheels and nuts in place ready to pass the Formula Student Static Event; and have the car ready to go on to the Dynamic Event with skid pan, sprint, acceleration, endurance and fuel economy. All with a big thanks to Countax from the Surrey University team and, one other coincidence, Ross Brawn has been a Countax customer for many years.