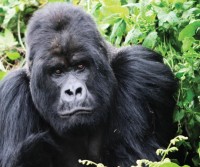 Could exposure and inhaling carbon black nanoparticles and carbon nanotubes found in pulverised tyres and the rubber crumb used on artificial turf fields be as harmful as breathing asbestos?

Research carried out by the Queen's Medical Research Institute in Edinburgh, along with various US agencies, suggests this certainly may be the case.

I'm not a big fan of articles that pose a lot of questions and offer few, if any, answers. Listening to conspiracy theories, hearing "what if" scenarios, or reading articles that make unfounded claims and present mere speculation often do little more than ruffle the feathers of a few people and enrage others.

The debate over the health safety of synthetic turf has gone back and forth for years. Concerns about toxic metals, silica sand, staph infections, dangerously high surface temperatures, proper methods of disposal, etc., are just a few of the significant issues that have come under scrutiny. However, there are times when information comes to light that requires broader attention.

Such is the case with a growing concern expressed by many healthcare professionals and research scientists regarding the possible health consequences of carbon black nanoparticles present in tyres that make up rubber crumb; the most common infill used on artificial turf pitches.

In May of 2008, in an article by Larry Greenemeier for Scientific American, he quoted one study that went so far as to suggest, "Inhaling carbon nanotubes could be as harmful as breathing asbestos." The study Greenemier referenced was posted by Nature Nanotechnology led by the Queen's Medical Research Institute at the University of Edinburgh/MRC Centre for Inflammation Research in Scotland.

A carbon nanotube is a carbon molecule that resembles a cylinder made out of chicken wire that is one to two nanometres in diameter by any number of millimetres in length. Nanotubes have a tensile strength ten times greater than steel, and they are considered the strongest material for their weight known to mankind. It should be noted that carbon black is a natural, although manufactured, material made up of carbon nanoparticles; carbon nanotubes are created/engineered by scientists and are much rarer, although apparently highly toxic at low concentrations. 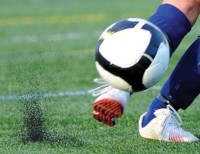 The study suggested that inhaling carbon nanotubes could lead to the same cancer and breathing problems that prompted a ban on asbestos as insulation in buildings.

The research scientists observed that long, thin carbon nanotubes look and behave like asbestos fibres, which have been shown to cause mesothelioma, a deadly cancer of the membrane lining the body's internal organs (particularly the lungs), and can take thirty to forty years to appear following exposure. Asbestos fibres are especially harmful because they are small enough to penetrate deep into the lungs, yet too long for the body's immune system to destroy.

Just how small are carbon nanotubes?

They are no thicker than an atom, or one billionth of a metre wide, or approximately 10,000 times smaller than a human hair. Andrew Maynard, the study's co-author and chief science adviser for the Woodrow Wilson International Center for Scholar's Project on Emerging Nanotechnologies based in Washington, D.C., has been researching and warning of the potential health and environmental risks of carbon nanotubes since 2003, and is quoted as saying there had been no coordinated effort, to date, to analyse the findings of carbon nanotube toxicity studies.

Since the initial release of the MRC study, other researchers have expressed their concerns as well. The National Institute for Occupational Safety and Health (NIOSH) reported their research methods demonstrate that breathing nanoparticles may result in damaging health effects.

NIOSH scientists invented a way to suspend nanotubes in the air so the concentration of particles could be carefully controlled. Mice were placed into a carefully controlled environment where they could breathe the air containing the particles. Scientists studied the effects of twenty-eight days.

In May 2008, Nature Nanotechnology reported a similar finding, "Carbon nanotubes introduced into the abdominal cavity of mice show asbestos-like pathogenicity in a pilot study." The study reported, "Carbon nanotubes have distinctive characteristics, but their needle-like fibre shape has been compared to asbestos, raising concerns that widespread use of carbon nanotubes may lead to mesothelioma, a cancer of the lining of the lungs, similar to that caused by exposure to asbestos.

Exposing the mesothelial lining of the body cavity of mice, as a surrogate for the mesothelial lining of the chest cavity, to long multi-walled carbon nanotubes results in asbestos-like, length-dependent, pathogenic behaviour. This includes inflammation and the formation of lesions known as granulomas. This is of considerable importance because research and business communities continue to invest heavily in carbon nanotubes for a wide range of products, under the assumption that they are no more hazardous than graphite. Our results suggest the need for further research and great caution before introducing such products into the market, if long-term harm is to be avoided."

How do carbon black nanoparticles get to brain tissue?

Peter Gehr, a professor of Histology (the study of tissue) and Anatomy at the University of Bern in Switzerland, stated that synthetic nanoparticles can penetrate tissue and cells, and spread throughout the body - even to the brain.


"If nanoparticles are not solidly bound to another material, there is a risk that we could inhale them. They can enter the bloodstream and spread throughout the entire body," says Gehr.

"People either have no idea about nanoparticles or do not regard them as a problem. The potential risks are also of little interest at the political level."

"People are simply not reacting to the possible harmful aspects of synthetic nanoparticles right now. The mere fact that particles penetrate into the body is a problem, but this is barely acknowledged outside the scientific world and Government agencies."
Important

The comments expressed on the these pages were based on research reports and articles from numerous healthcare organisations, research scientists, healthcare professionals and nanotechnology experts who represent a wide variety of non-biased and reputable sources. Because the subject matter is likely to stir interest and create some controversy, Pitchcare and the Turfgrass Producers International (TPI) are able to provide a partial list of numerous reference materials so readers can reach their own conclusions.

Carbon Black Nanoparticles - what about the children?

Environment and Human Health, Inc. has asked the following questions about nanoparticles in the rubber crumb infill used as mulch for playgrounds used by children:

1 How does the knowledge, that carbon black nanoparticles are added to rubber tyres, affect the risk assessments done on synthetic turf and the rubber mulch used in toddlers' playgrounds?

2 Because none of the risk assessments done up to the present time on rubber tyre crumbs or playground mulch have taken into consideration the fact that carbon black nanoparticles have been added to rubber tyres, how does this fact affect the claim, by some, that rubber crumb and rubber playground mulch are safe for children to play on?

3 As children play on synthetic turf and playground mulch, dust develops. Are nanoparticles in the dust? If so, are they capable of being aspirated into the children's lungs? Who is researching this? Rubber tyres are designed for cars and trucks - they were never designed for grinding up and putting where children play. How does this fact affect some states approvals for putting used rubber crumb where children play?

4 Could this be another example of a toxic material getting out into the environment without enough testing?

Environment and Human Health, Inc. (EHHI) is a nine-member, non-profit organisation composed of doctors, public health professionals and policy experts. The organisation is dedicated to protecting human health from environmental harms through research, education and the promotion of sound public policy. EHHI is committed to improving public health and reducing environmental health risks to individuals.

Carbon black is the proverbial 800 pound gorilla in the room that no one wants to talk about...

"Carbon black is the proverbial 800 pound gorilla in the room that no one wants to talk about, or take notice of, but it has the potential to wreck everything in its path.

First, it has been declared a possible carcinogen by the US Government and by the World Health Organisation. Then, carbon black used in tyres consists of the purest, smallest (ultrafine) nanoparticles, giving them a unique potential toxicity throughout the body.

Normally, this might not be a problem for any individual, since most of the carbon black is trapped inside a tyre. However, when you pulverise tyres for use in children's playing fields - whether done at ambient or cold temperatures - everything in them (including carbon black particles) becomes more available to interact with the environment and people, since the surface area to volume increases exponentially as you go from whole tyre to pulverised tyre granule to the dust that becomes airborne with weathering and the impact of each child's footfall and body.

Finally, the sheer concentrated volume of this pulverised carbon black material should get serious attention: tyres are 30% or more carbon black, so a 200 tonne rubber crumb laden sportsfield contains around 'sixty' tonnes of carbon black. An unprecedented exposure that deserves serious attention and research.

But, carbon black is not the only nanoparticle containing component of tyres. Engineered nanoparticles, such as carbon nanotubes which may have asbestos like toxicity, are also being added to tyres. But, how much and to which tyres is difficult to determine.

Which highlights a main problem with rubber crumb: the recipe of any company's tyres is proprietary, so we never know exactly what the ingredients are for any individual tyre, much less a bag of rubber crumb (and even less the 30,000 or so tyres in a sportsfield!).

Some schools which have rubber crumb on fields or playgrounds close to their classrooms report a fine gray dust on school surfaces inside when windows are open.

Most artificial turf pitches with rubber crumb are still relatively young. There is no evidence yet of longterm harm from this unprecedented, often chronic, exposure of children to carbon black or other tyre components from playing on rubber crumb but, then again, there are no studies on children exposed chronically to rubber crumb over time.

Yet, there are worrying studies on exposure to carbon black particles in the air. Shouldn't we be asking the questions and following up on the exposed children with research?"

"Nanomaterials can be extremely toxic, and, despite their promise, concern is growing about their potential health and environmental risks.
Because of their structure and small size, they can be inhaled, ingested, and absorbed through the skin, entering the bloodstream, penetrating cells throughout the body (including the brain), and perhaps interfering with DNA processes. (1)

In August 2009, seven young Chinese women suffered permanent lung damage and two of them died after working for months without adequate protection in a paint factory using nanoparticles.(2)