A plague of toxic caterpillars which cause painful rashes and can threaten the lives of asthma sufferers has struck Milton Keynes. 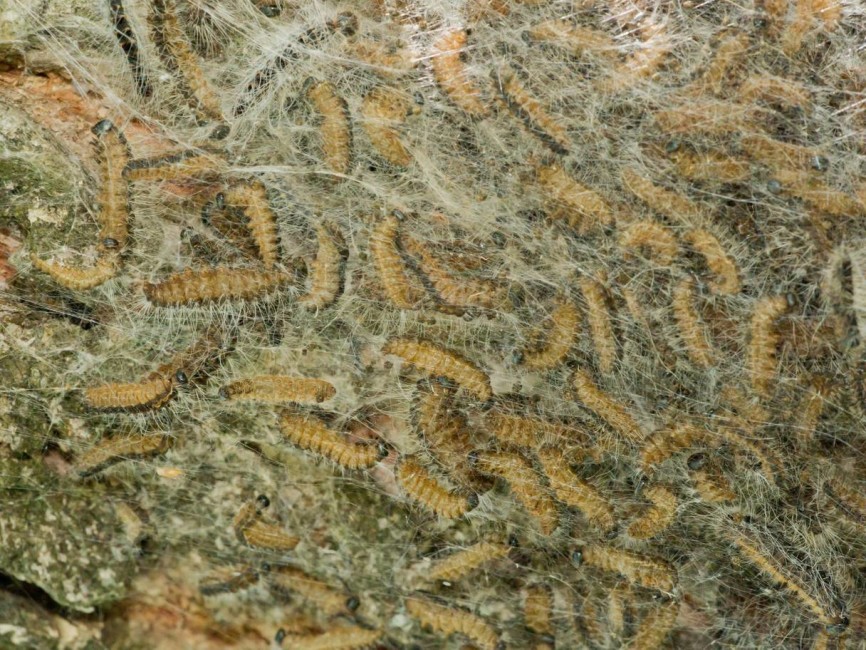 Thousands of oak processionary caterpillars have appeared in gardens and parks across the Buckinghamshire new town in the last few days.

Residents have complained about suffering reactions after touching the caterpillars which are dark in colour and around 25mm in length.The caterpillars, which later turns into a moth, are covered in long white hairs.

The barbed hairs have a protein in them which causes irritation and they can often get caught in breezes and land on people's skin.

Experts warn that if they come into contact with human skin they can cause itchy rashes, eye problems and sore throats. In extreme cases, especially for those with asthma, it can cause breathing difficulties, they have warned.

Britney Comayas, 22, told how she suffered from a severe rash shortly after she visited the town.

She said she was visiting her parents last Thursday (18/4) with her two-year-old son Shane when she thinks she brushed past the caterpillar.

She said: "I reckon my rashes are from [the caterpillar] because as soon as I arrived in Milton Keynes last week I started getting a rash and it spread everywhere.

"It started with two red spots on my arm but, by the next morning, my spots were spreading and it looked like chicken pox."

But when Britney spoke to doctors and A&E staff she was left without any answers. She said: "No doctors know what it is, I've taken fexofenadine and acicclovir (both antihistamines) and put calamine lotion, but I still have the rash, and it's very itchy." 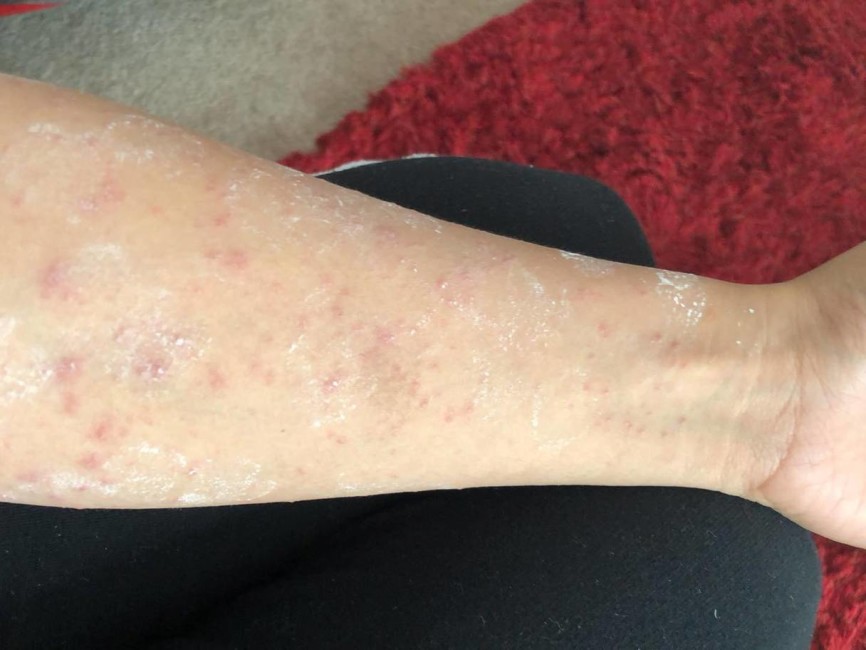 Other Milton Keynes victims of the caterpillars, which are not native to the UK but started appearing in London in summer 2015, have shared their pain on Facebook.

Jyll Beckford said: "I suffered an itchy sore rash after some gardening last weekend it's healing now. I thought it might be some sap from plants now maybe this is the cause"

Another woman also commented: "My husband has it down his face and arms really badly. Had the same last year but wasn't sure what had caused it."

A Forestry Commission spokesperson said: "We are working with local authorities and land managers to share best practice and to deliver a control programme of surveillance and treatment to tackle Oak Processionary Moths (OPM).

"The majority of the UK is a designated Protected Zone for this pest and we have recently strengthened import controls on oak trees to mitigate against further risks.

"The pest is a native of southern Europe and first discovered in the UK in 2005.

"The OPM caterpillars, or larvae, emerge in spring and feed on oak leaves leaving the trees vulnerable to other pests and diseases."

The Forestry Commission asked the public to report any sightings of the caterpillars or their nest, which looks like a white web, online.

You can read the original article from The Independent HERE